Yes, this again. You can read part 1 and part 2 if you care about the journey. The gist is that I’ve tried nearly every email app out there and the ones I liked were shut down, starting with Newton and then Astro. (I went back, purchased, and tried to use Airmail but deleted it.)

May 1, 2020: Newton is back again. Here’s the official update. I emailed the owners and I’m optimistic for the future of Newton. I’m giving it a try once again as this is such a great app. Third time’s a charm right? Here is a community where you can have a voice on features but the most important is to keep it simple and beautiful.

I used it for years as my email client because I figured if you owned a Mac you used Apple Mail (mail.app). Well, I still own a Mac and here I am using Mail again.

I tweeted about my frustration with email apps and got a reply that mentioned using Mail with these settings. I figured I’d give it a shot, so I set up Mail and followed that post (with some tweaks here and there). After some usage, I’m now using this setup. All I’ve done is customize the view, use the San Francisco typeface, and set up a few extra keyboard shortcuts. Nothing fancy, just removing the noise and tidying things up.

Probably the best feature of this setup is that it gives me the single view and allows me to, once again,  focus on one email at a time. 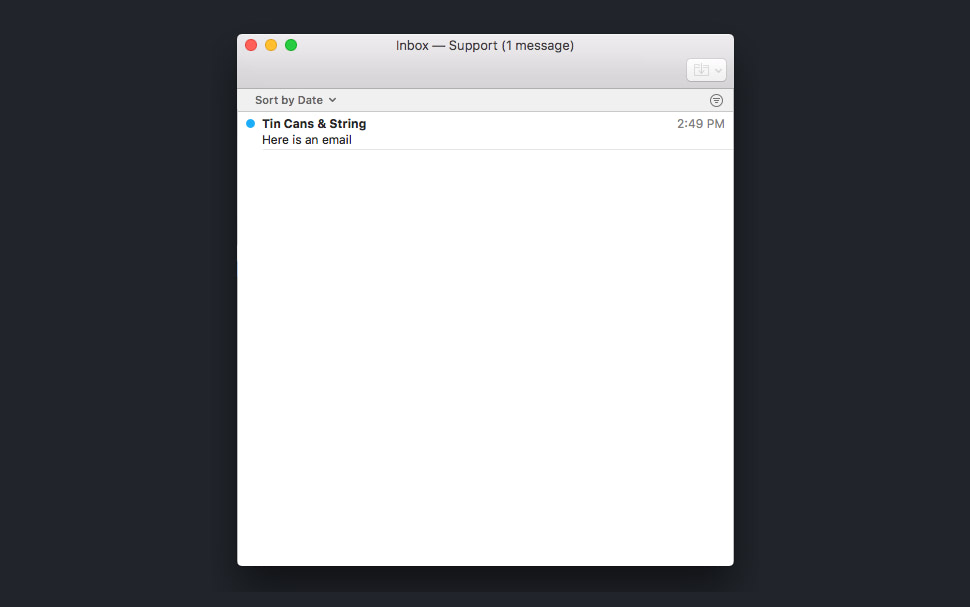 Since I’m using shortcuts for the basics I removed most of the toolbar icons on all views. I kept the move icon because I like filing my emails away when I’m done. 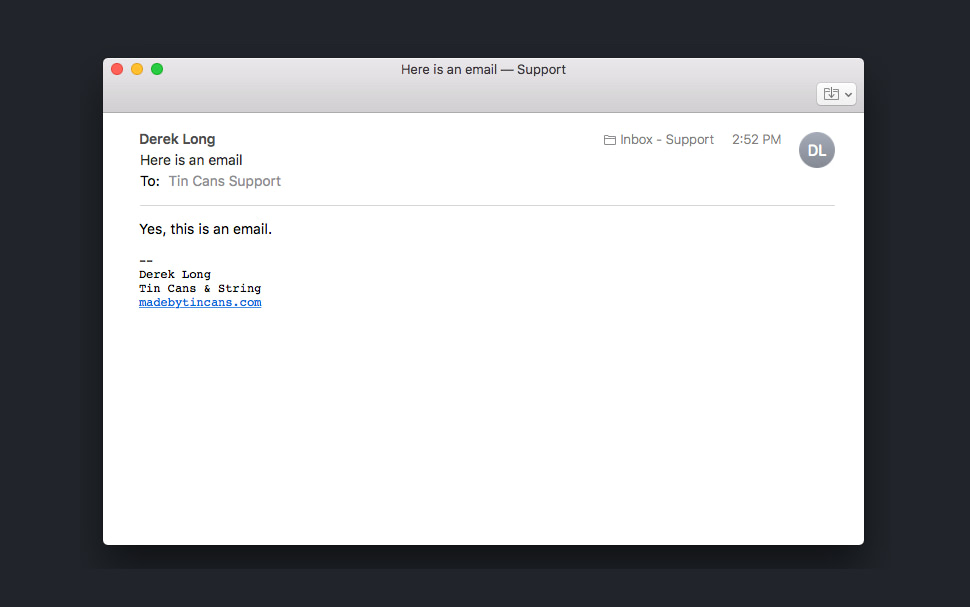 I overrode a few of the default shortcuts in Mac’s system preferences. I mapped ⌘+shift+7 and ⌘+shift+8 for bulleted and numbered lists respectively (a common shortcut). The other was ⌘+Enter for Send (also common).

I also used Mail’s “Favorite Folders” feature by adding the inboxes of my accounts. This allows me to jump to each of my inboxes by pressing ⌘+ a number. Since I don’t use a unified inbox (I prefer the separation) this works well.

I now have a much simpler email app and a better long-term solution than what’s currently available. Fingers crossed.

Mail gets the job done, but it’s definitely missing some features. As you know I used Newton and then for a short time Astro. So with those in mind, here’s what I find myself missing. Although the more I use Mail the less I miss most of these.

I lost this when Newton shut down, and the other apps fall short as well, but the basic act of easily reading, writing, and handling email just isn’t there…let alone the attention to typographic detail. This should be at the core of every email app. This is hard to describe to someone that hasn’t used Newton, but for those that did…you know.

The option to send later

I have a habit of replying to emails quickly so I can check them off my list. Because of this, the send later option was a nice one to have. Another reason I liked send later is that I could schedule emails to send during business hours which helped with boundaries.

You forgot an attachment.

A simple thing, but I miss the attachment reminder.

I gotta admit the first time I sent out an important email without the safety net of undo send, I felt a bit nervous. If you’ve had that option before that statement sounds less silly.

When I moved away from using Mail years ago and saw that read receipts were a thing, I didn’t really care. But after using the option for over a year it was very helpful. I could see with confidence that a client had read my email without the awkward “hey did you get my email” follow-up. On the flip side though it is sort of freeing to send an email and not feel the need to check if it was received. Ignorance is bliss, right?

I’m going to buckle down, stop evaluating email apps so much, and stick with Mail. It’s not beautiful or packed with features but once again it gets the job done.