I recently had the pleasure of working on the new theseattleschool.edu with the rest of the marketing team. It’s some of the most meaningful work I’ve been a part of and I’m proud of what we’ve accomplished.

First off I want to say that it would not have been possible without Nicole, Ashley, Brodie, Dana, Beau, Jordan, Kelsey, and John. Each played a part whether that was coordinating the whole shebang or helping with the launch. It was a pretty big deal to do this project in house because it’s a small team composed of mostly part timers.

One question I was asked in my interview way back in 2016 was “what do you think of our site?”. I think my response was something to the affect of “it’s nice”. I mean, I wasn’t going to insult their site in our first meeting as I wasn’t sure if I was talking someone who had a hand in building it. (Turns out I was.) My comment basically meant, it got the job done. It was responsive and it looked like a standard education site to me. 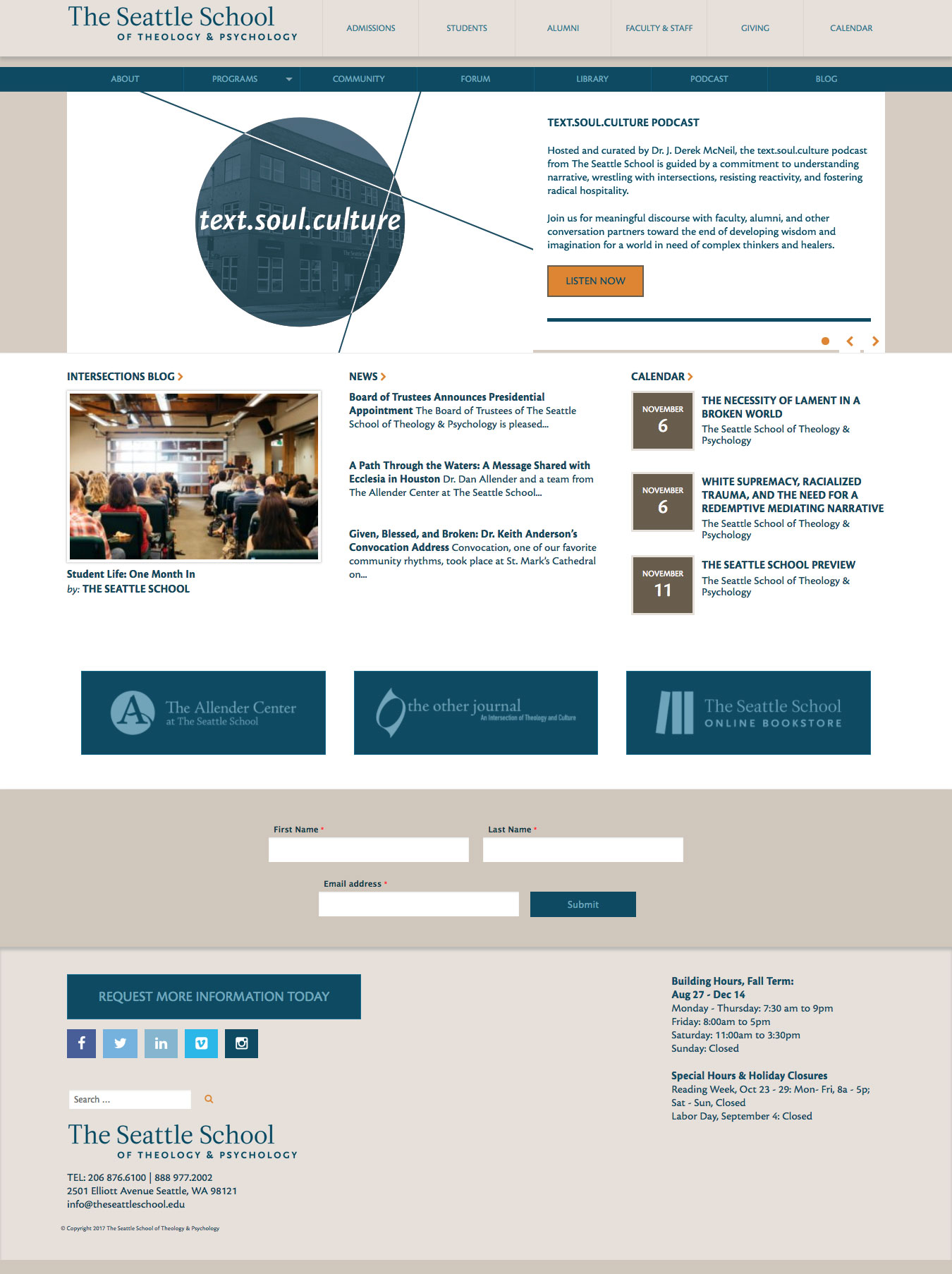 After I was hired I noticed a lot of problems with the site. It was basically a house of cards, or rather a house of plugins, and each time you changed something it was like playing jenga. (I crashed the site one time by running a simple update because someone had previously edited the plugin directly without my knowledge.) It was a prime example of why WordPress gets a bad rap. Needless to say I had my eye set on redesigning their site soon after I started working there and 2 years later I got to do just that. 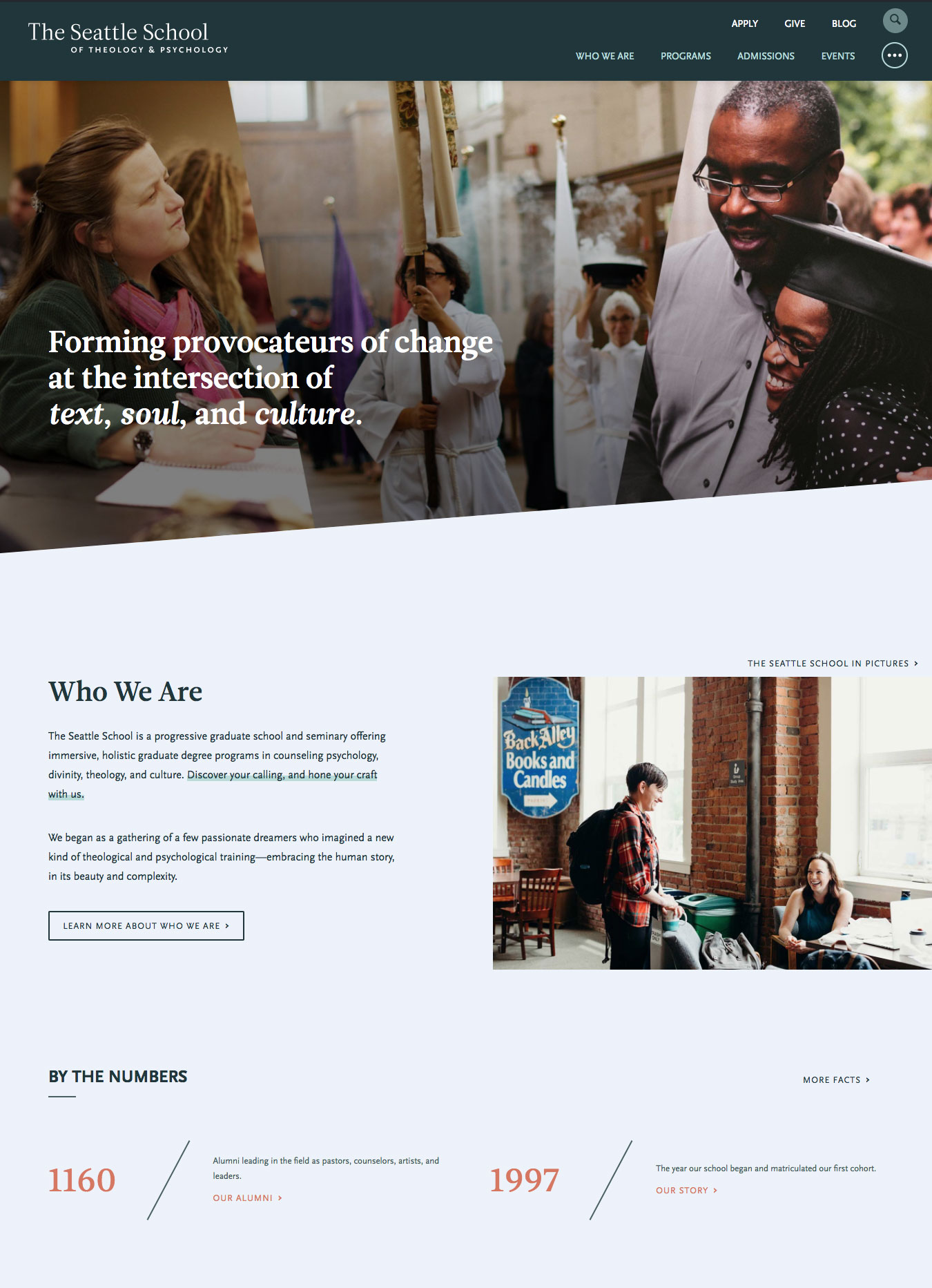 From a design point of view it’s familiar yet fresh and unique. It contains a lot of similar components but not in a redundant sort of way. We used angles and lines to represent the intersecting lines (a foundational design concept of the school) yet broke out of the box and even threw boxes on top of each other from time to time. We wanted containment yet room to breathe. The type is really beautiful, a brand element that I was happy to keep. I fell in love with Leitura News from reading The Great Discontent and will likely never get tired of it. We were able to update the current color palette, consisting mostly of blue and some sort of tan on the web as seen above, to a lighter base with a fresh set of complimentary colors you can see scattered throughout the site.

From a development point of view there are several unique layouts, 3 post types all with added taxonomies, and a customized UI on the backend making it so anyone on the marketing team has the power to easily make updates. Most of the small layout components and the larger grid pages you’ll see are accomplished with flexbox. Overall I tried to keep the components and the CSS fairly simple which doesn’t come easy so there was a lot of trial and error with many elements to arrive at something that was easy to maintain, compatible with the browsers we needed to support, and a base that could be expanded upon.

Our main goal with this site was to better capture the look and feel of The Seattle School and hopefully we’ve done that. We’re still tweaking here and there but go ahead and check it out.